I spend a lot of my life managing someone who is strong on the outside and as soft as water underneath. I often describe her as an uncooked egg; she seems hard and perfect and impenetrable but drop her and she shatters. For my brashest child she has the least reserves for dealing with enmity of all my kids. That’s difficult for me to understand because she’s the very epitome of what intimidated me as a kid: pretty, talented, cocky, smart, physically confident and able to scamper with the crowd, toss out banter and volley with the pissartists.

I was none of that and I’m still not. I have always seen myself as small, dull, plain, average. And I was all of those things with the core of internal confidence that others of my children seem to have; 2 at least are quiet but confident, with a sense of self and belief that makes them resilient to harm. Not all the time, of course, but less battered by social bullying and pressure than I was.

These days I build my world among people I believe value me. My husband, first and foremost who is my honest, faithful friend and has made me far stronger than I ever once was. My children who do, it seems, think I rock. My sister who has glued herself to my side these last 5 years and kept me upright when no one else could. Friends of 15 or more years standing. More recently some newer friends who I found myself working alongside to save a club. Bloggers I’ve come to know and love – only a few of them, because I’m not a numbers person and I like to keep to knowing people I connect emotionally with better than knowing everyone not at all.

I know that some or most of those people value me. In my heart I know it. It’s just that if you’ve grown up battling depression, or being the fat one people didn’t go out with because their friends would laugh, or being the person too boring to invite to parties, you never really learn to believe it. I rate myself by who rejects me, not by who welcomes me. I have to self correct that every time. It’s an internal monologue that’s exhausting: ‘you are worthless, pointless, tedious’ alongside ‘he is dead, he is dead, he is dead,’ that requires constant resistant pressure to turn the wheels of thought against it.

Last week a curious turn of events required me to sit in a room while I listened to someone vent their utter loathing of me. It’s not something that happens often; I’m the boss of my business and work alone and tend to absent myself from situations personally that are confrontational or painful. It was the other side of the coin for me, I’m not normally the underling and rarely does anyone really dislike me openly so much they want to take me down. I tend to have relationships that build over time with a few battling corner rubs to start with and then better friendship develops later. Generally people like me more when they know me better, even if they found me hard to take at first. Because I can be hard, I know. I’m intolerant, temperamental and easily frustrated at times.

But it happens. I don’t believe it was deserved on this occasion, so while irritating, I almost feel better for it. It gave me a better understanding about a lot of things,not least the aforementioned daughter who has recently experienced being cut out of a group and taunted with the power that gave them over her. It’s not nice and it is damaging, even if you know they are the ones with the problem, not you. I can do rational when I know someone is being horrid, unkind or responding to feeling threatened by me with vile behaviour.

Far harder to cope with are types of pain that come from realising that a place you thought was safe is not quite what you thought. It’s painful when it’s someone you like and value and believed reciprocated that. I’ve not had the misery of my marriage fall apart but I’m all too aware I might if time and effort isn’t put in, it could.  That rejection potential terrifies me. I’ve lived a lesser life because rejection is too hard to contemplate or risk.

And maybe it’s arrogance or a lack of self awareness but I’m not used to people deciding I’m of no value to them, or not something they want to see or have in their daily life or occasional life. And it hurts. It’s not rational to be hurt by that, it’s not even rational to mind really. We all have our baggage and our right to live our life as we want.  But it does hurt. It keys into that deep sense of worthless and unlikeable-ness that I have to ride like a wave each day. It awakens the devil that says ‘you always get it wrong, you always fail, we don’t want you ‘ that is at the heart of depression.

That sinking feeling, stomach deep, that turns the world grey while you battle the knowledge you are already failing by even minding.

That sinking feeling that leaves you lying awake at night wondering why you alone are not invited and failing to think ‘sod you then’.

That waft of sad, stale air that says – again – ‘you suck’. And knowing that so low are you on their list to care about, that they won’t even know you minded. Knowing that that wasn’t in their mind, that they didn’t consider the impact because you don’t make it into their list of important people with feelings to guard. It’s not rational, but it leaves a mark.

How I wish I only ever felt the colour and not the creeping suck of grey. 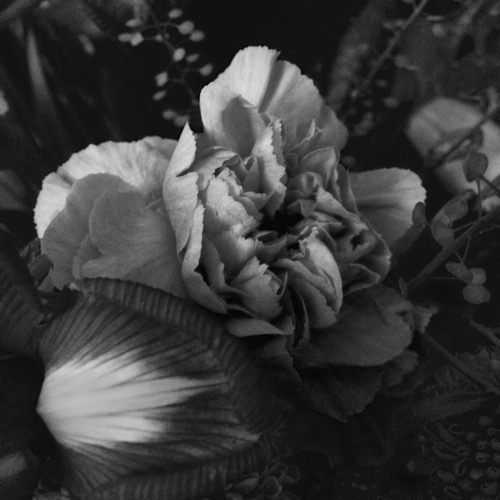