There is nothing quite like a family film to bring the Merrily family together. We get precious few evenings all in the house at the same time, so when we do, it’s lovely to just curl up under the large heap of crochet blankets we own and hunker down together with treats and great TV.

We’ve had the opportunity to try out a number of different tv services over the last year; being skinflints, we don’t subscribe to anything and our children have to put up with no more than Freeview. Our internet connection is appalling and even streaming iPlayer through a normal laptop is next to impossible and we’d long ago given up  on catch up TV without a paid for service to streamline them.

In steps NowTV, with a box of goodies, a NowTV box, a month of their movie package and a large quantity of onesies! 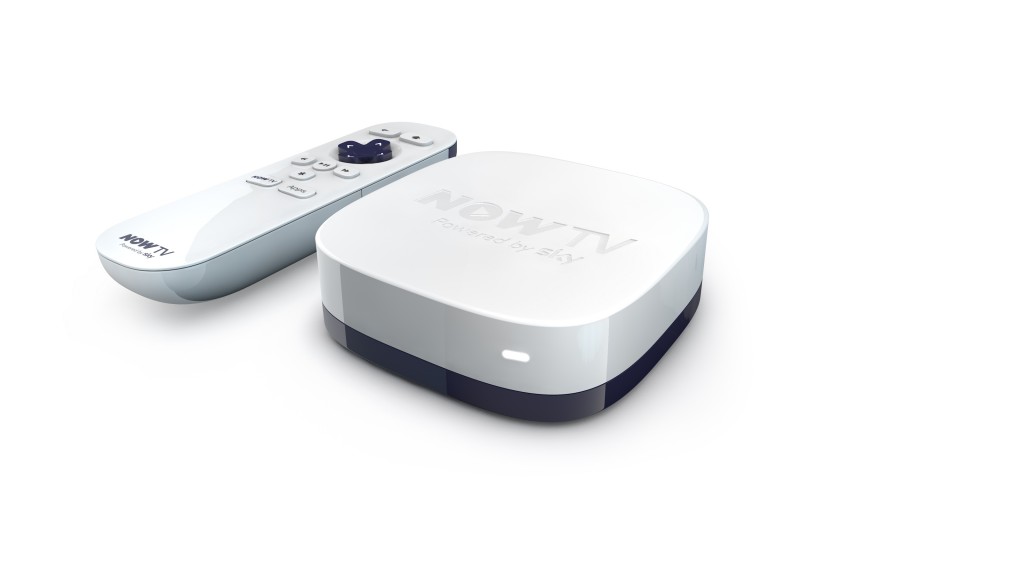 I’d like to say that getting my teens to dress up in Christmas Pudding outfits was hard, but frankly, they’ll do anything for a good film and a lot of chocolate. 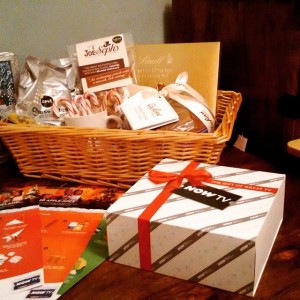 Did I mention the onesies?? 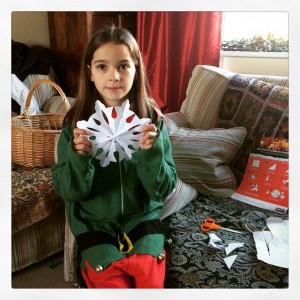 Josie – being an elf – and trying out some of the craft ideas we were sent.

The very cute small boy one… (and his reindeer). 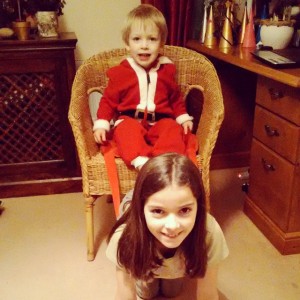 Our first task was to enjoy the delights of the Muppets Most Wanted film, which was a special showing for us to enjoy along with our treats and a Twitter part. This was a bit of a revelation for me; I didn’t realise that services like Now did ‘live tv’ too. I’m not totally sure why exactly, since live tv almost seems to belong to the past but it certainly was fun to sit down to something we had to ‘wait’ for – what a novel concept! (Of course, it was also available on demand, so we had the double delight of making ourselves wait 😉 )

The film itself entertained us enormously, as did the online chatter about it with @NowTV and other bloggers who were partaking too. You can’t beat a Muppets film for sheer outrageous ‘awful but good’-ness. (The end was a bit weird actually, somehow slightly beyond comically macabre…)

That left us with a month to enjoy recent and otherwise unavailable to them films on tv, an opportunity my children threw themselves into with relish. What they loved even more however, was the classics: Mary Poppins, West Side Story, Grease and a host of Disney with The Aristocats a top favourite. There are films that have not made it back out of our garage for Bene because of time or space and the convenience of Youtube that they wanted to introduce him to and the convenience of the Now box let us do that. Plus we were able to play it through the Apple TV box when the remote went missing, which was a major advantage. Registering a second device is easy – you can do 2 in total in your first month – and then another one a month with a maximum of 4.

Max and I indulged in some films we would not otherwise have watched – Batman for one – and really enjoyed revisiting Pleasantville, which I really think is one of the best films ever.

I’ve been a bit of a meanie since our free month ran out and not reapplied the £10 charge to add the movie package back in. I quite fancy trying out the entertainment package at £7 a month, though we are less people who watch casual tv than we are film and series watches; I can see a few ‘boxed sets’ I fancy though (funny to call them that when they so totally aren’t!) and I suspect I’ll be treating the kids to a half term film sub so we can do some family films nights again. I really like that the Now box allows us to use iplayer on our tv, which the AppleTV doesn’t, so that is a huge plus for me and the selection of films was good. We had a tiny bit more trouble with it hanging on our bad internet connection over Xmas than other services we’ve tried but it was minimal and only at peak times. At a £10 set up cost for the box, you can’t beat it really.

Thumbs up from us 🙂

Disclosure: we were sent a NowTV box and goodies for this review. Since we had to dress up as Christmas puddings to earn that right, all views are most certainly our own.